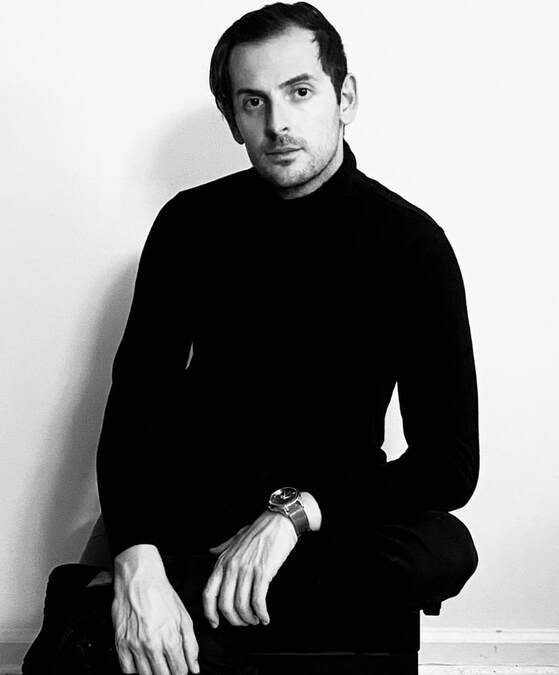 A New York City metropolitan area based composer & pianist with a soul full of energy and fantasy in his original work. From his beginnings Margin discovered that his ultimate mission as a composer / performer was to touch as many hearts as possible with his music. His strong commitment and his unique creativity led him to develop some unorthodox composition techniques that would intertwine the traditional with the new style in order to develop a unique genre of music that would be embraced by everyone.

Margin realized from an early age that creating music was one of his strongest passions; therefore, he commenced his musical training in Europe by studying accordion and piano at the age of fourteen. A graduate of Montclair State University , he holds a B. A. in Music Composition as well a Master's from the same school.  During his studies at Montclair State University, Mr. Alexander had the opportunity to study music composition under the tutelage of Grammy Award Winning composer:
​Robert L. Aldridge.

So far in his career, Mr. Alexander has had many opportunities to perform in numerous concerts, score films, accompany world known artists and hold his own recitals privately and publicly around the world, particularly in Europe and North America. His work has been shared both digitally and on live stage performances such as Carnegie Hall, Symphony Hall, Opera America, MAMAC Museum of Nice, Zodiac Festival, IBLA Grand Prize etc. He has had the opportunity to participate in numerous music festivals and performing events, both as a composer and a performer as well as collaborate with many ensembles, music societies and solo artists. He remains open to any commissions of any musical genres such as Classical, Jazz, Blues, Electronic, Cinematic, Chamber and New Music.


The love for cultures, music, art, adventures, knowledge, languages, instruments and all the life experiences that he has acquired from living around  the world have created a volcano of inspiration inside him that can only be conveyed through what he loves and knows how to do best ---- original music writing.